The JR Hakodate Main Line (Hakodate-honsen) is a railway line in Hokkaido that runs between Hakodate Station and Asahikawa Station. It is an important route for getting from Kutchan Station and the Niseko ski resort area to Hakodate, Otaru, Sapporo, Asahikawa and New Chitose Airport, though the latter is on the JR Chitose Line.

Hakodate Main Line tran with Mt. Yotei in the background

There are three Hakodate Main Line stations in the Niseko area: Niseko, Hirafu and Kutchan. Of these, Kutchan is by far the main station, with more coin lockers, taxis and other services. Niseko and Hirafu may be somewhat closer to some ski centers but they are minor stations with fewer services.

The Hakodate Main Line stretches some 423 km through the western and southern parts of Hokkaido. The rapid services on the line are:

Aside from linking the prefectural capital, Sapporo, the Niseko area, and major cities, the Hakodate Main Line meets Shinkansen bullet trains arriving from Tokyo and other points on Honshu Island at Shin-Hakodate-Hokuto Station. That makes it possible to travel to and from Niseko and Honshu via regular, rapid, and Shinkansen services.

Railway operator JR Hokkaido is currently extending the Hokkaido Shinkansen to Kutchan and Sapporo. This extension is expected to open around 2030 and bullet train services will link Tokyo and Sapporo in four to five hours.

Note that Japanese prepaid rail cards such as Suica, Pasmo, Kitaca, and Icoca can only be used at stations in the central part of Hokkaido, for instance from New Chitose Airport and Sapporo to Otaru, but not at Kutchan and Hakodate. For details, see JR Hokkaido’s route map.

Shin-Hakodate-Hokuto is the place to board Hokkaido Shinkansen services for Tokyo and other points south of Hokkaido. From Kutchan Station, it’s 3 to 4 hours on rapid or local trains, often with a change of trains at Oshamambe Station. You may have to wait several hours there, depending on when you arrive. The Hokkaido Shinkansen bullet train links Shin-Hakodate-Hokuto with Tokyo in about 4 hours.

Train fare: 3,630 yen
Train time: up to 6 hours and 20 minutes on local trains including waiting time; catching a Limited Express Super Hokuto (total fare 5,310 yen) at Oshamambe can reduce the trip to about 3 hours and 15 minutes

Hakodate, Hokkaido’s third-largest city, is renowned for both its 19th-century colonial architecture and its spectacular views from the top of Mt. Hakodate, which are best enjoyed at night. If you’re a gourmet, you can feast on sushi, seafood rice bowls, and Hakodate Ramen. If relaxation is what you crave, the city is surrounded by ocean views, onsen hot springs and Onuma Quasi-National Park, a 30-minute train ride away.

Train fare: 4,070 yen
Train time: up to 6 hours and 45 minutes on local trains including waiting time; catching a Limited Express Super Hokuto (total fare 6,430 yen) at Oshamambe can reduce the trip to about 3.5 hours

Otaru is a picturesque fishing port on Ishikari Bay. It’s famous for its photogenic Otaru Canal, which is lined with old warehouses and Victorian streetlights. The warehouses are now home to museums, restaurants and pubs featuring local craft beers. Lights and snow sculptures feature in the canal’s annual Otaru Snow Light Path Festival. Nearby Sakaimachi Street has full of shops offering glassware and other local crafts.

Sapporo is the prefectural capital of Hokkaido and a bustling gateway to the island’s attractions. If you only had a day to experience Hokkaido, Sapporo’s seafood, ramen noodles, beer and nightlife make for an unforgettable experience. The city’s main attractions include Odori Park, the venue for the Sapporo Snow Festival and its spectacular snow sculptures, the Former Hokkaido Government Building, built in 1888, and the Tanuki-Koji Arcade, which is a paradise for souvenir hunters.

Asahikawa, Hokkaido’s second-largest city, is located near the center of the island of Hokkaido and serves as a gateway to points north and west. Among its attractions is the Asahikawa Museum of Sculpture in Honor of Teijiro Nakahara, dedicated to Teijiro Nakahara (1888-1921), who had a major influence on modern sculpture in Japan; it also has works by French sculptor Auguste Rodin. Asahiyama Zoo, Otokoyama Sake Brewery Museum, Kawamura Kaneto Ainu Memorial Hall and the Snow Crystal Museum are other popular attractions. 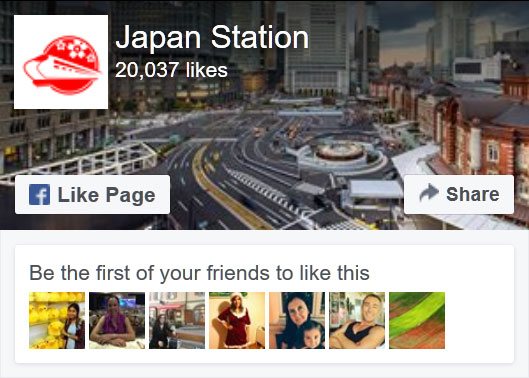